Rumi known as Jalal ad-Din Muhammad Rumi and also popularly known as Mevlana ( was a 13th-century Persian Muslim poet, jurist, theologian, and Sufi mystic. Born in Persia, he spent much of his life in modern day Turkey. He is renowned as a mystical poet, who expressed the ecstasy and paradox of divine love. 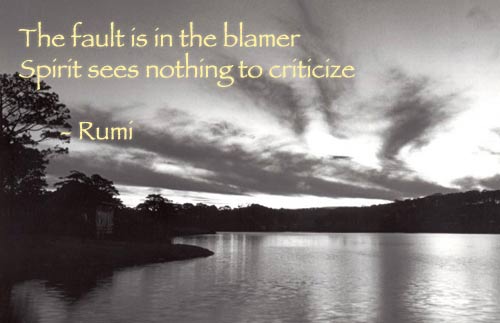 The fault is in the blamer
Spirit sees nothing to criticize